The next President of the United States. Also: 33 US Senate seats; all 435 seats in the House of Representatives; 11 state governors; thousands of state senators and representatives; and many local city and county council races.

Everything for cannabis: Federal and state adult-use cannabis legalization; medical cannabis policy reform; state-level legalization; as well the state and local leaders who will implement or block reform. To give an example, about 79,000 votes in three states decided the 2016 presidential election. By contrast, 100 million eligible voters did not vote in that election.

Joe Biden was an original drug warrior in the 1990s. His position has changed since then, but not by much. He’s now in favor of ‘decriminalization,’ not legalization.

In his public statements, President Trump has been characteristically vague about cannabis legalization. But his administration’s actions have made it absolutely clear that the Trump White House wants nothing to do with legalization. 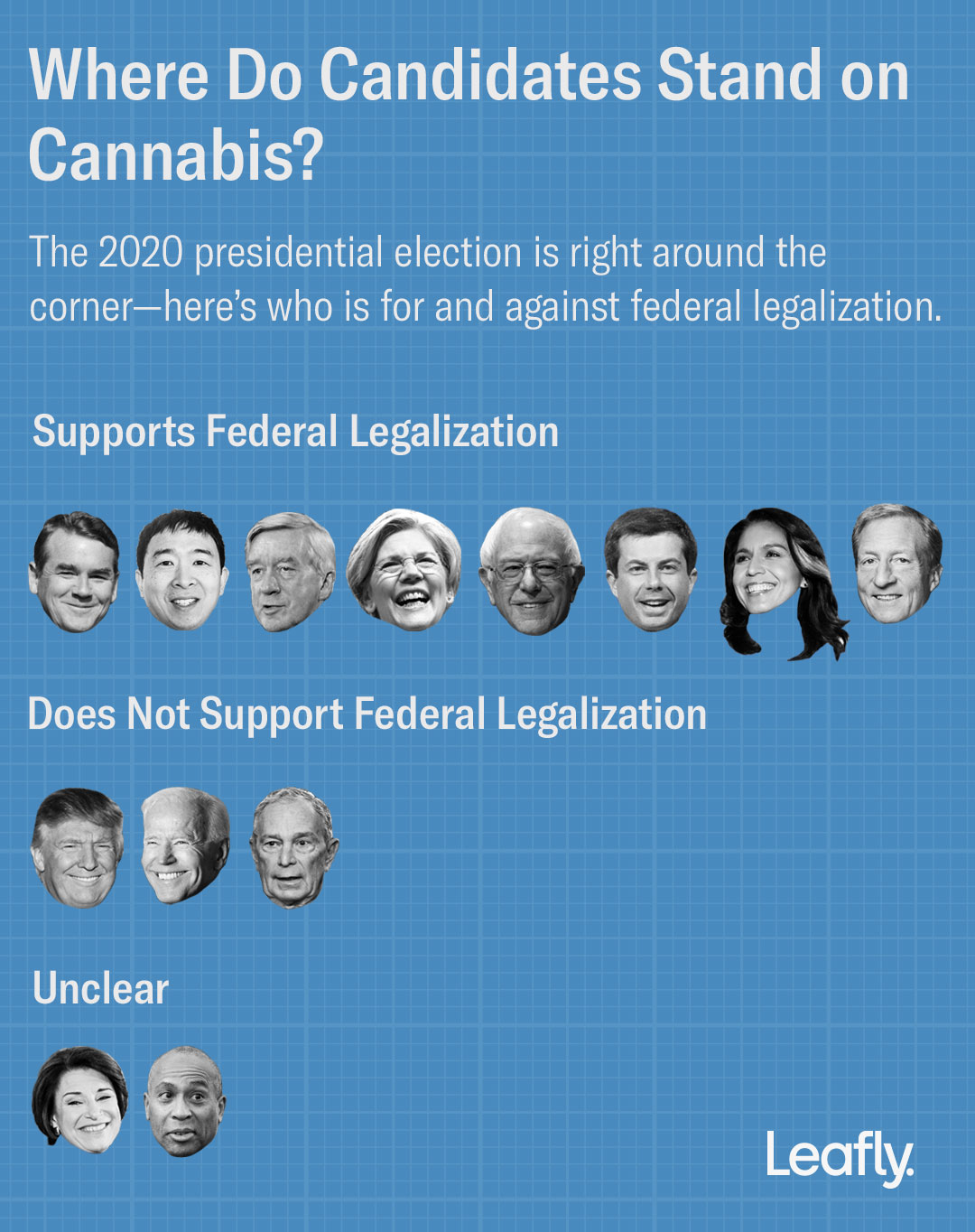