CBD and medical marijuana are both legal in Florida and California, but Disney refuses to allow patients to carry their medicine into any of the company’s theme parks—and may call the police if you do. (Leafly illustration)

After a four-month coronavirus shutdown, Walt Disney World reopened its gates to thousands of visitors earlier this week near Orlando. But the Magic Kingdom—and all Disney parks—still remain closed to certain visitors.

Millions of Americans who rely on medical marijuana or CBD products to treat conditions like epilepsy, cancer, Alzheimer’s disease and more are prohibited from visiting Disney parks and resorts, thanks to a draconian restriction that has been in place for more than 40 years.

Medical cannabis and CBD therapeutics are considered prohibited contraband at all theme parks, hotels, and shopping areas on Disney properties. Meanwhile, almost every other kind of medical drug is allowed inside. Alcohol is sold openly at Disney properties and at rival operations. In fact, there’s an entire website devoted to drinking alcohol at American theme parks.

Similar policies have been adopted by nearly every major American theme park company. Six Flags, Universal, and Cedar Fair prohibit all forms of legal cannabis—even CBD. Only Sea World properties (which include all Busch Gardens and Sea World parks) allow visitors to carry CBD—but no forms of medical marijuana with significant amounts of THC.

To be clear: The parks don’t ban visitors who are medical marijuana patients. But they don’t permit patients to enter the park with their medicine, and that can be a deal-breaker for many guests.

Even worse, guests who are found to possess any kind of medical marijuana or CBD products at one of Disney’s many bag check areas are not only refused entry, but have faced legal prosecution.

Legal on state land, but not on Disney land

Walt Disney’s original park, Disneyland, is located in Anaheim, California, where all forms of medical as well as recreational cannabis use are legal for adults.

Despite state law, the park’s official property rules state that “marijuana (including marijuana enriched products) or any illegal substance” is prohibited. CBD is no longer illegal under either federal or state law, but park officials still prohibit the substance.

While some may assume this is an unenforced policy that has yet to be officially removed, Disneyland has a recent history of using local law enforcement to remove guests found with recreational or medical marijuana who try to enter the theme parks, hotels, or the Downtown Disney shopping district.

Anaheim Police Department records show that there have been nine arrests for legal possession of marijuana (or derived products) on Disneyland property since California state legalization went into effect on January 1, 2018, and dozens more in the years prior.

Don’t get stuck in Disney Jail

How can someone be arrested for possession a legal substance? Well, there are various kinds of “arrest.” Writer Lindsey Bartlett looked into the question last year and reported this:

If security guards decide to take a parkgoer into a holding cell, called “Disney Jail” by former employees, it would appear similar to a holding cell at any security office. One former Disneyland employee described it as a 10-foot-by-10-foot white room with benches and a mirrored wall. Guests who have committed a crime will wait while Disney calls Anaheim police, which have two stations located on the Disneyland property.

Bartlett noted that park guests who possess cannabis within the legal limits will be escorted off the grounds but ultimately not charged by local police. It’s worth noting that public consumption of any legal cannabis product does remain illegal in most places, though, so there could be charges based on that.

At Walt Disney World, located in Orlando, Florida, the situation is unfortunately similar. Though marijuana is not legal for recreation in the sunshine state, medical marijuana as well as CBD products with high levels of THC are legally available with a prescription in the state.

In addition, patients with an active prescription are legally permitted to have these therapeutics on their person in public places in the state as long as they can produce a medical provider’s recommendation and an ID card.

And while there haven’t been as many arrests at Walt Disney World as there have been at Disneyland, in April 2019 there was a massive uproar when Hester Burkhalter, a 69-year-old great-grandmother, was arrested at the Magic Kingdom while possessing legal CBD oil. Burkhalter used CBD as a therapeutic for her arthritis pain.

Public outcry following the arrest was swift and intense. The charges against Burkhalter were dropped only a few weeks later—CBD is completely legal under Florida law—but the PR damage had been done. Many found Disney’s behavior shocking, as the idea that a company that markets itself as family friendly would call local police to arrest a senior citizen for possessing a legal pain therapeutic. But the incident served as a wakeup call for those who were unaware of Disney’s policy on all products connected in any way to cannabis.

At the time, some expressed hope that the corporate embarrassment might move Disney to change the company’s policy. That has not been the case.

As of July 2020, Disney firmly maintains its ban on legal substances inside its theme parks and resorts in both California and Florida. Guests who rely on the therapeutic effects of medical marijuana and CBD can’t enjoy a Disney theme park unless they’re willing to leave their medicine at home.

Uncle Walt would not approve

Disney’s refusal to roll back this regulation that directly discriminates against those who rely on this treatment is hard for even the biggest Disney fan to explain away—which may be why Disney has yet to release any kind of statement about it, despite public calls for the company to justify its policy.

When Walt Disney first imagined Disneyland in the 1950s, he dreamed of a place where parents, grandparents, and children could all have fun together. The Disney Company’s refusal to allow guests to enter its properties with their legal medicine unfairly excludes millions of would-be guests from “the happiest place on Earth.” That doesn’t merely contradict the optimistic, inclusive future the company’s founder envisioned in Tomorrowland. It’s an ableist attack on the positive values Walt Disney worked so hard to instill in all of his creations. 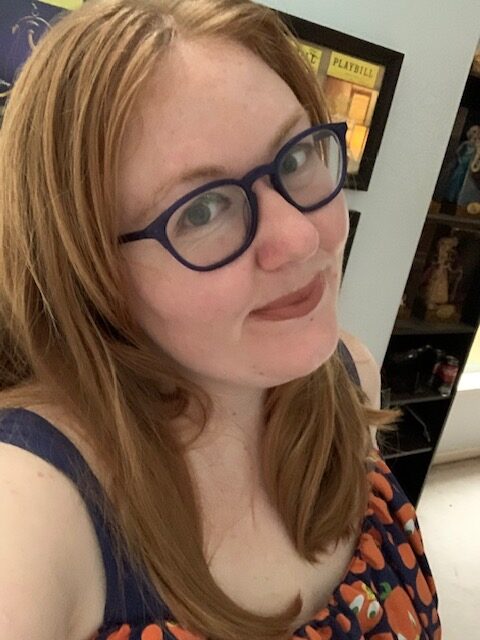 Amanda Kondolojy is a freelance writer with a passion for coffee, travel, and her three cats. She’s based in Central Florida.