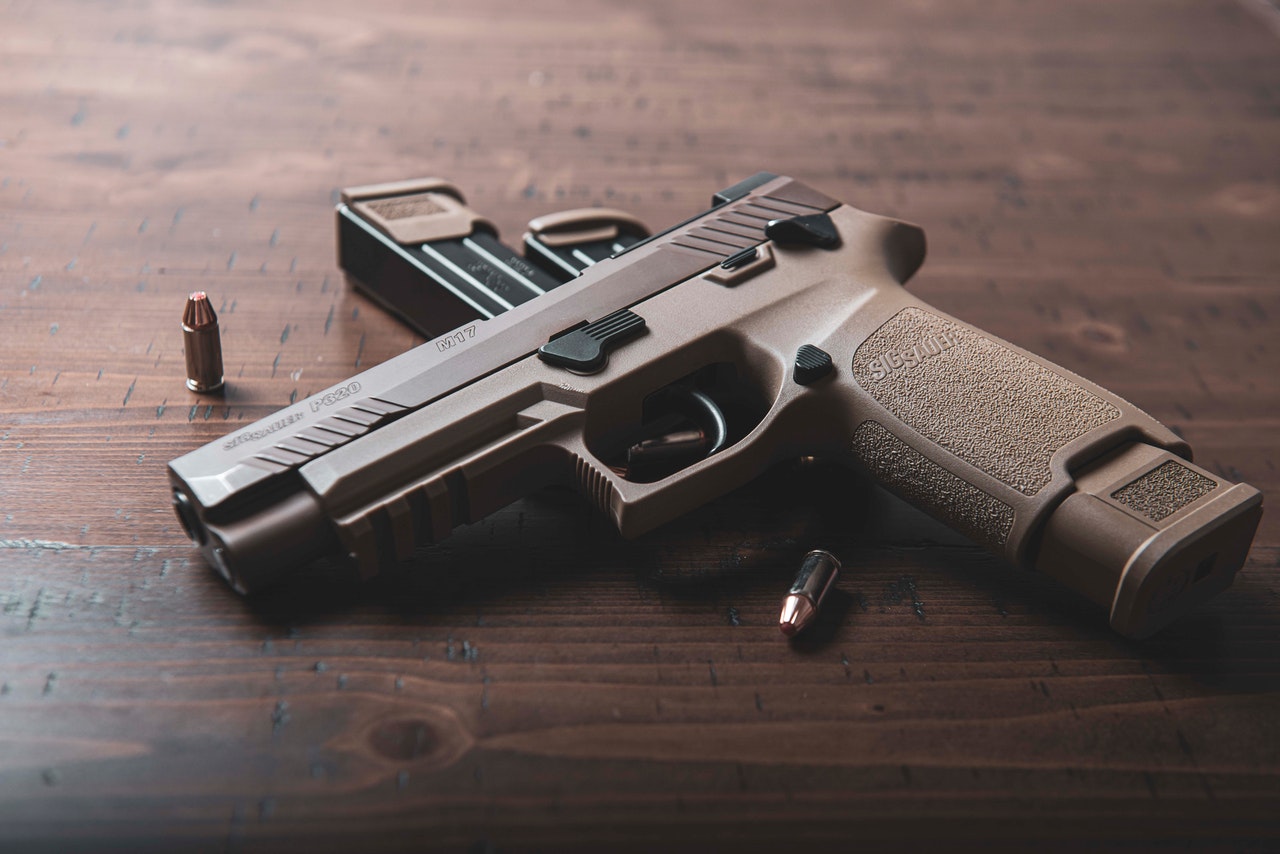 When you consider registering for an Arkansas medical marijuana card, you’ll want to familiarize yourself with the laws pertaining to Arkansas medical cannabis and guns. Arkansas has nearly 80,000 registered guns, making it the second-largest state in the nation for gun owners. It is also home to over 50,000 medical marijuana patients and growing, and that’s where things get complicated. Many of these patients also own guns and may be violating the law without even realizing it.

Can I Buy a Gun if I Have an Arkansas Medical Marijuana Card?

Dealers must conduct a thorough background check on every prospective buyer, and as part of the process, customers must fill out a Firearms Transaction Records form. On that form, question 11e asks the following:

“Are you an unlawful user of, or addicted to, marijuana or any depressant, stimulant, narcotic drug, or any other controlled substance?”

While this may not sound applicable to you, the U.S. government defines an “addict” as any habitual user; from a legal standpoint, medical patients fall into this category. If you’re a medical marijuana recipient, you have to answer “yes” or risk being guilty of perjury. Lying on this form is punishable by up to 5 years in prison, but unfortunately, a “yes” answer also disqualifies you from buying a firearm.

Even though Arkansas recognizes legal marijuana use for qualifying patients, cannabis is still 100% illegal at the national level, recognized as a Schedule 1 Controlled substance. The Firearms Transaction Records form specifically notes: “The use or possession of marijuana remains unlawful under Federal law regardless of whether it has been legalized or decriminalized for medicinal or recreational purposes in the state where you reside.”

In 2011, the Bureau of Alcohol, Tobacco, Firearms and Explosives (ATF) issued an open letter to gun dealers that noted the following: “Marijuana is listed in the Controlled Substances Act as a Schedule I controlled substance, and there are no exceptions in Federal law for marijuana purportedly used for medical purposes, even if such use is sanctioned by State law.”

The ATF letter goes on to say, “Any person who uses or is addicted to marijuana, regardless of whether his or her State has passed legalization authorizing marijuana use for medicinal purposes, is an unlawful user of or addicted to a controlled substance, and is prohibited by Federal law from possessing firearms or ammunition.”

Do I Have to Give Up My Guns if I Get an Arkansas Medical Marijuana Card?

If you’re a gun owner and you’re thinking about becoming a medical marijuana patient, it may be wise to surrender guns in accordance with the law. This could be the best way to avoid running into trouble in relation to Arkansas medical cannabis and guns. It’s highly unlikely that federal authorities will come after you, but the consequences can be severe if you’re one of the unlucky ones.

Patients are protected by HIPAA privacy laws, and the Arkansas Department of Health doesn’t currently share patient information with the federal government. In addition, the Rohrabacher-Blumenauer amendment prohibits the Department of Justice from using federal funds to go after state-licensed marijuana cardholders, so your odds of attracting the attention of federal authorities are low.

However, the potential for legal trouble does still exist. For example, if a law enforcement agent asks to see your medical marijuana card but also observes your firearm in plain sight, you may be charged with a crime. Arkansas’ open-carry privileges can serve as a hindrance to medical marijuana users.

What Are the Penalties for Purchasing a Gun With an Arkansas Medical Marijuana Card?

Anyone who possesses a firearm and uses medical marijuana is in violation of Title 18, United States Code, Section 922, an offense punishable by up to 10 years in prison. Violators may also be liable for up to $250,000 in fines.

If you falsify information on your background check in order to purchase a new firearm, that’s treated as a separate crime punishable by 5 years. So altogether, you could face up to 15 years just for buying a gun. It may be wise to surrender all firearms before getting your Arkansas medical marijuana card. Federal law supersedes state law.

Maybe you’re thinking, “What about the Second Amendment? Doesn’t that protect me from prosecution?” Unfortunately, no. In 2016, the 9th Circuit Court of Appeals ruled that medical marijuana prohibitions do not violate the Second Amendment on the grounds that marijuana is linked to “irrational or unpredictable behavior.” While this characterization of marijuana use is problematic for several reasons, it nevertheless sets a legal precedent.

Ultimately, you have to decide whether the benefits of using medical marijuana are greater than the drawbacks of sacrificing gun ownership. For many people, the answer is no. But if you have a debilitating condition that significantly impairs your quality of life, you may find that the sacrifice is worth it.

A physician can help you to put the benefits in perspective and decide if cannabis is the way to go. Even if you decide not to register as a patient, the professional insight can help you to make a more informed decision.

Schedule an appointment with Green Health Docs, and speak confidentially with a doctor in your area.