Studies estimate that between 12% to 14% of adult Americans enjoy cannabis. That’s a massive group of consumers—and they spend billions of dollars every year on marijuana. Unfortunately, according to a new report, more than 71% of that spending goes to the illicit market, due to various forms of cannabis prohibition enforced in 39 states.

A new report by the website GrowCola, using data from New Frontier Data’s U.S. Cannabis Report, notes that the American illicit market encompasses roughly $60 billion in annual sales. That compares to around $23 billion in legal medical and adult-use cannabis sales. (State-legal cannabis sales figures are often disputed, as there is no government tally of the federally-prohibited products. Leafly’s 2020 jobs report estimated the size of the legal American cannabis market at around $14 billion.) 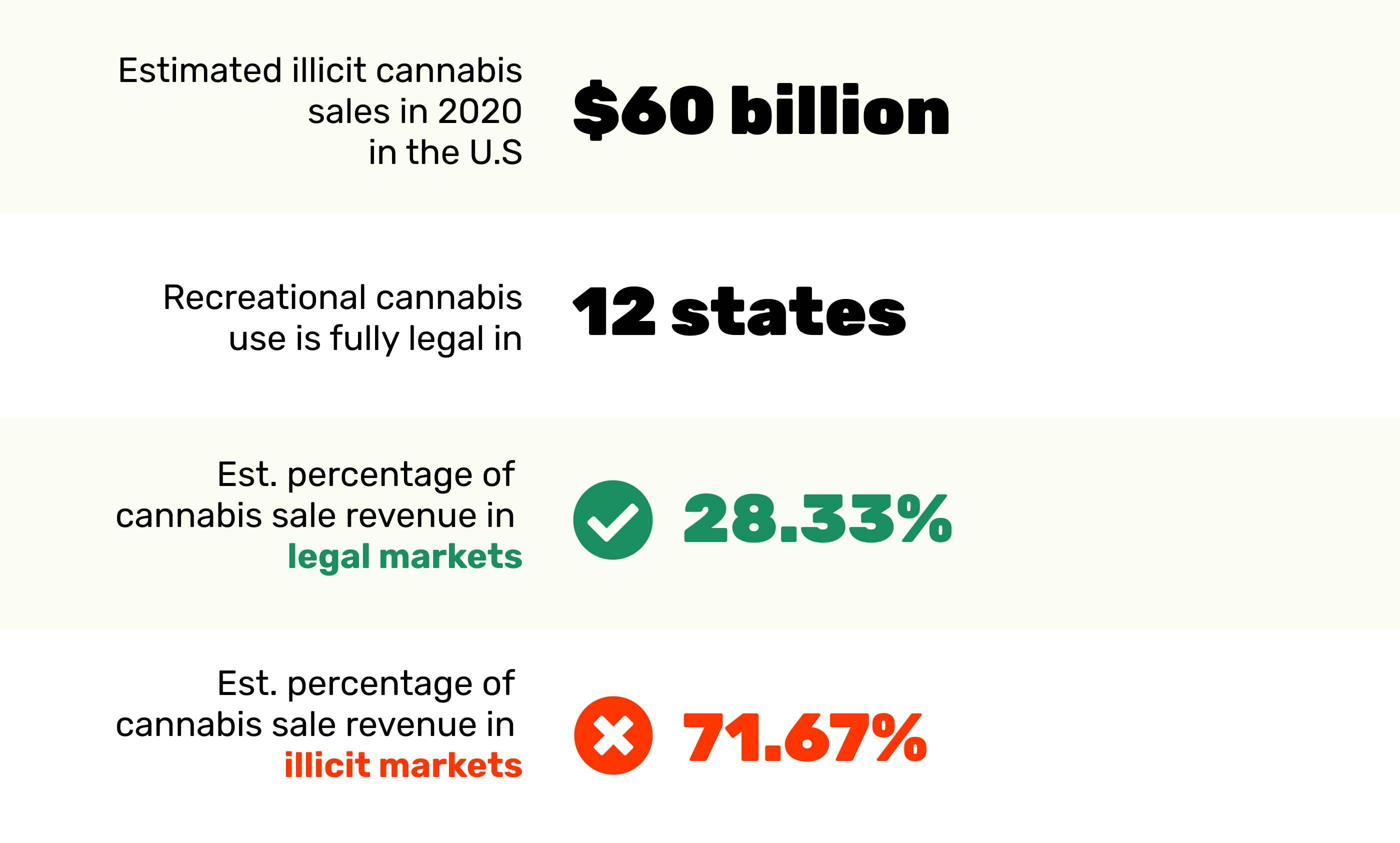 Source: GrowCola via New Frontier Data. Note: Washington D.C. is counted as a state in the above graphic.

Texas leads all non-legal states in its purchases. The report estimates that the Lone Star State accounts for 7% of all illicit cannabis sales in the United States. That’s roughly $4.2 billion, or more than three times the size of Colorado’s legal market.

Next on the list: North Carolina, Georgia, Virginia, and Indiana, which each account for roughly 3% of the nation’s illicit sales.

If the illicit market is about 2.5 times the state-legal market, as the GrowCola/New Frontier data suggests, America is missing out on hundreds of thousands of legal jobs and billions of dollars in tax revenue.

At a relatively conservative 10% tax rate, capturing $60 billion in sales would yield $6 billion in cannabis tax revenue every single year. That’s as much as New Hampshire’s entire annual state budget.

Leafly Senior Editor Bruce Barcott oversees news, investigations, and feature projects. He is a Guggenheim Fellow and author of Weed the People: The Future of Legal Marijuana in America.